Just like our bloated military budget, the police budgets for towns and cities across America reflect a carceral mindset which is punitive and force heavy. It promotes the use of force and attracts to it those who want to wield such power. The linkage with our military budget is no accident since police procurement of military grade equipment is encouraged by statute. This is as dangerous for US citizens here at home as it has been for the peoples of other countries wherever US interests lie.

Calls to Demilitarize the Police have focused on this linkage, but the call to Defund the Police goes beyond gear and training to reexamine the role -- if any -- police should play in society and where the current resources would be better spent for the public good.

The following cards were designed to illustrate a vision for public safety that does not put the police in the first position when a crisis arises and were originally meant to:

initiate dialogue between organizers and community members who were new to the concept of abolition. They were not meant as policy recommendations but rather as a gateway to imagine the actual transformative changes we wanted. 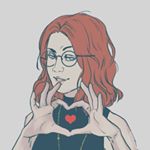 Push your mind beyond the realm of what is recognizable and comfortable. Then, beyond talking about it, build the relationships that are necessary to begin the work. Reach out to the local organizations already committed to abolition and offer them your support. If none exist, create them in ways that center impacted people with liberatory politics.

The goal then is to redistribute public funds from policing and acquiring military gear, to building up existing services and/or creating entirely new social programs to reduce harm and de-escalate volatile situations.

This is public safety. This allows society to deal with the more everyday crisis issues using well trained specialists in the given situation who have the resources they need to do the job. This saves the use of force as a last resort with better accountability standards for when it is abused.

No segment of society is more impacted by our collective failure to create a just system of criminal justice and public safety than our Black and Indigenous Communities. This needs to be the starting point for any guidance and direction on where our collective priorities should be.

An email template for Los Angeles from Defund12

Not in LA? Scroll down for more states and districts

AND: Record police and upload to ACLU automatically

Links to other organizations spearheading this work and in no particular order:

Conservatives Concerned About the Death Penalty » Why We’re Concerned

Congressional Black Caucus (CBC) has since 1971 been working to ensure that African Americans and other marginalized communities are represented by pursuing a policy agenda that includes:

reforming the criminal justice system and eliminating barriers to reentry

Infographic by the talanted @gv4et

Many people take at face value what they see on TV/movies to be how things work... but it's not.

Police now seize more from citizens via civil asset forfeiture than the amount of property stolen by street criminals in burglaries.

“The minimum training requirement for Michigan police officers is 594 hours. To work with electrical signs, you’ll need 4,000 hours of experience.”

The wisdom of Angela Davis on Defund the Police...

Defunding the police is not simply about withdrawing funding for law enforcement and doing nothing else. And it appears as if this is the rather superficial understanding that has caused Biden to move in the direction he’s moving in.

So, abolition is really about rethinking the kind of future we want, the social future, the economic future, the political future. It’s about revolution, I would argue.